April 19 marks 26 years since the bombing of the Alfred P. Murrah Federal Building. If you were in Oklahoma in 1995, you remember exactly where you were when you heard the news. It was an act of senseless violence our nation had never seen before – an act that not only shook us to our core, but one that elicited an incredible reaction from first responders and an outpouring of support from around the world.

We’re exploring one of Oklahoma City’s most formative events and the beauty that arose from its healing. Come along and join us in finding Common Ground on the Sacred Ground of the Oklahoma City National Memorial & Museum.

An impact of historic proportions 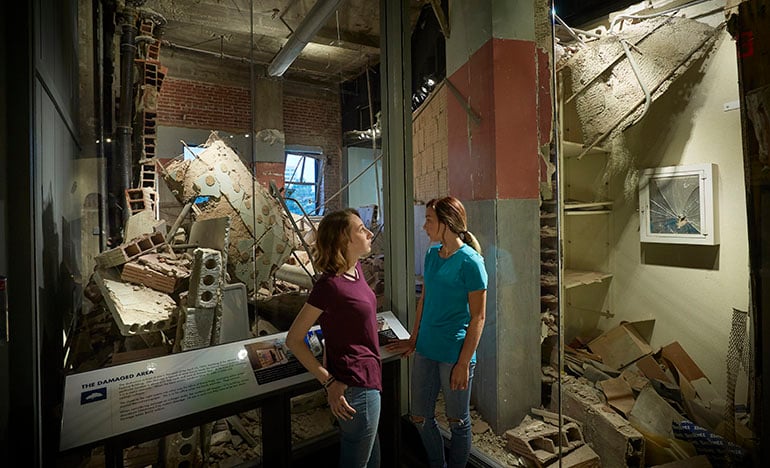 The events of April 19, 1995, directly or indirectly impacted all of us: as a city, as a state and as a nation. Prior to the September 11 attacks in New York City, the Oklahoma City bombing was the deadliest terrorist attack in the history of the country. To this day, it remains one of the deadliest acts of domestic terrorism in history. An event of this magnitude sparked an overwhelming response of unity and compassion from the entire nation. In 1995, Oklahoma City Mayor Ron Norick appointed a 350-member task force to find a way to remember this tragic event. By 1999, the Task Force had birthed the vision of a memorial to remember those who were killed, those who survived and those changed forever – now the mission statement of the Memorial and Museum.

Inside the State-of-the-Art Museum

Inside the Memorial Museum is an interactive learning experience that details the stories and events of April 19, as well as the world’s response in its aftermath. Through interactives, galleries and theaters, you’ll be bolstered by the resolve, strength and resilience shown by the city, state and nation. Download the free Stronger Together app for your Museum tour and you’ll get to meet six storytellers who share personal experiences of those they represent: survivor, first responder and more. Your tour ends at the Murrah Plaza Overlook, which offers a sobering view of the Memorial and Museum grounds with the Oklahoma City skyline in the background.

Hear stories from those who lived it

On select days, before the Memorial Museum opens to the general public, ticketholders have the chance to experience first-hand stories from those most affected by the OKC bombing. These private EYEwitness Tours allow those individuals to share personal accounts from that day forward. Don’t miss the next scheduled EYEwitness Tour with Richard Williams, Survivor, on April 16. Tickets are available now.

What once was the footprint of the Alfred P. Murrah Building is now home to the Outdoor Symbolic Memorial comprised of the expansive Reflecting Pool between the Gates of Time, the Field of Empty Chairs, Survivor Wall, Rescuers’ Orchard and the Survivor Tree. At night, the monumental Gates of Time, which frame the moment of destruction, and the Field of Empty chairs are illuminated by a soft, warm glow that deserves a second visit of its own. Each of the 168 chairs represents someone who was killed and bears their name.

The Outdoor Symbolic Memorial was dedicated on April 19, 2000, the 5th Anniversary of the bombing. President Bill Clinton joined more than 20,000 people at the dedication. 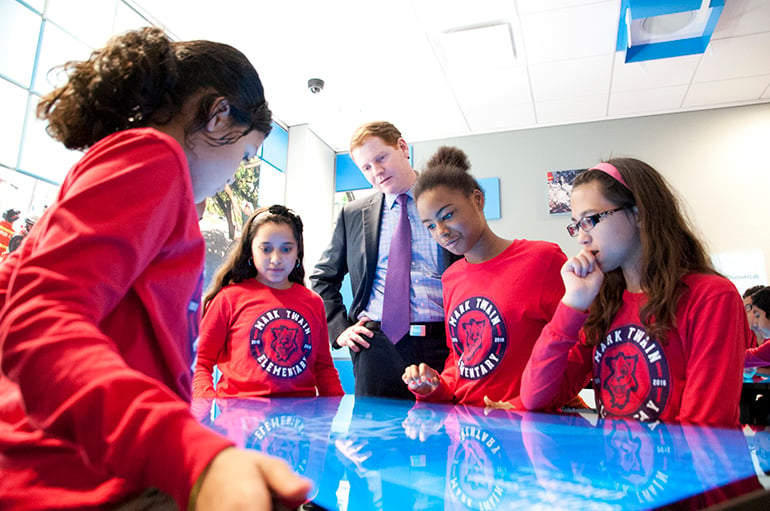 Young minds have the unique opportunity to learn this remarkable story through virtual activities, curated Lesson Plans and cutting-edge technology. The Inasmuch Uncover-Discover STEM Lab connects the past with the future for middle and high school students through a variety of science, technology, engineering and math concepts on giant touchscreens, stylus included! In an effort to share the lessons learned in classrooms around the country, the Memorial and Museum also has educator resources available online, from in-depth lesson plans to virtual school visits and Hope Trunks that bring archives right to your screen. Everything is available at no cost as a means of upholding the Memorial and Museum’s mission of keeping the story of April 19, 1995 alive. 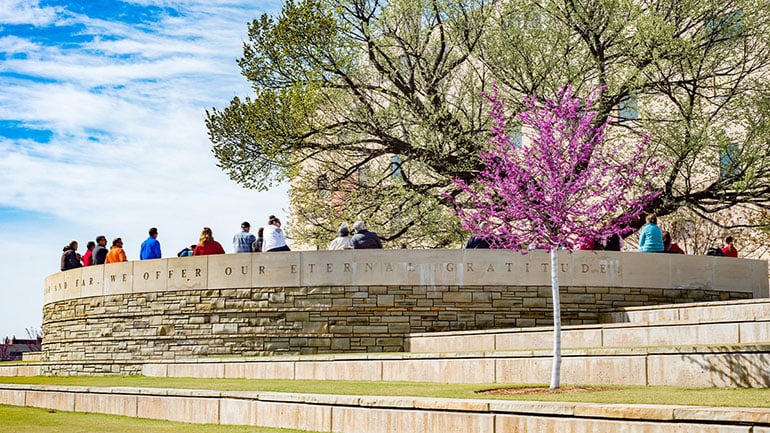 April 19 marks the 26th anniversary of the bombing and a private Remembrance Ceremony will be held for family members, survivors and first responders. After the ceremony, all visitors are invited to tour the Museum for free starting at 10 a.m. as part of Cox Community Day.

Have you ever visited the Oklahoma City National Memorial & Museum?