Listen to the Run to Remember Memorial Marathon Podcast

A unique glimpse inside a powerful event.

To celebrate the spirit of the Run to Remember, the Oklahoma City Memorial Marathon has launched a new podcast to offer motivation for runners and participants, inspirational stories, training tips and, most importantly, a reminder of Why We Run. A new episode is released each Thursday leading up to Race Weekend on April 22-24. Host Kristin Fares, a longtime Marathon participant, mom and former educator, has engaging conversations with runners, trainers and community members on all things race related.

The OKC Memorial Marathon is one of the first marathons in the country to introduce a podcast, and it’s the first with such a wide-ranging format. Instead of a singular conversation, listeners will hear from multiple guests — they’ll receive the latest updates from the race director, training tips from some of the biggest names in the running industry, powerful accounts of “Why We Run,” plus fascinating behind-the-scenes stories from those situated along the course.

Whether you tune in during a run or walk, in the car or at home, the Run to Remember podcast is a must-listen. You can find the podcast at okcMarathon.com — listen right on the site — or on Apple, Spotify, Google and Amazon. Take a closer look at the first three episodes below.

Episode 1: Why We Run 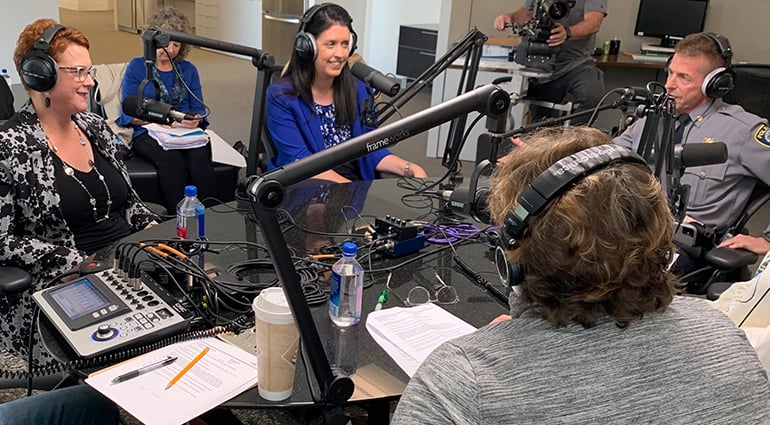 In the premiere episode, host Kristin Fares has an in-depth conversation with those most impacted by the 1995 Oklahoma City bombing: Blayne Arthur, whose mother, Dr. Margaret L. “Peggy” Clark, was killed, survivor Amy Downs and first responder Greg Johnston. They share their stories and talk about why it’s so important that they each participate in the Run to Remember. More guests include legendary runner Bart Yasso, Oklahoma City Mayor David Holt and Marathon Race Director Kari Watkins. Listen to Episode 1. 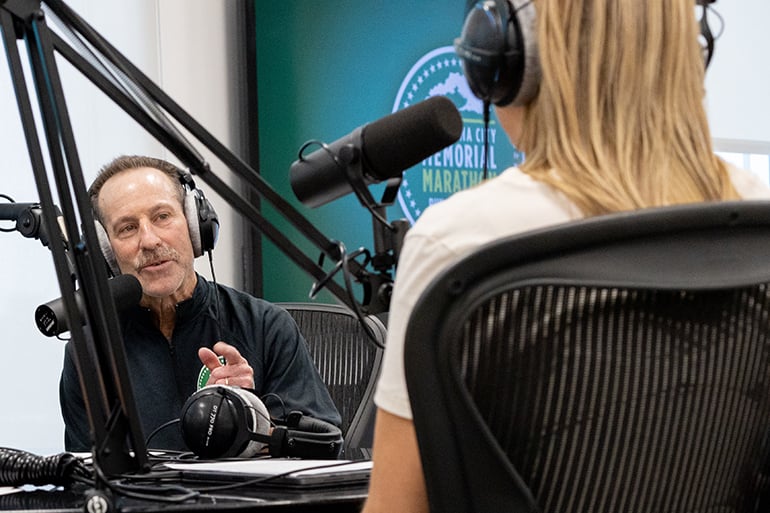 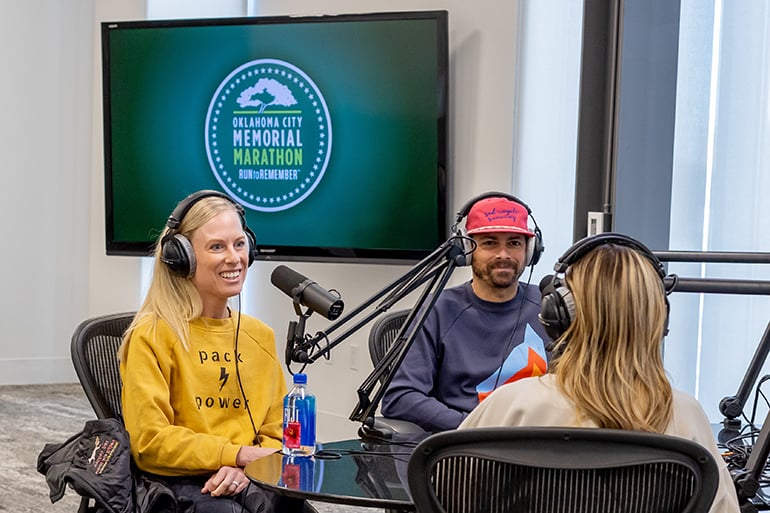 Joining this episode are Jon and Burke Beck, owners of Red Coyote Running and Fitness. They share great tips on training, gear, nutrition and more in Episode 3. You’ll also get a behind-the-scenes perspective of Race Weekend from longtime race announcer Whit Raymond. And you’ll hear from Jamaican-born chef Andrew Black, who has two restaurants that sit along the Marathon course, Black Walnut and Gray Sweater in Deep Deuce. Listen to Episode 3.

Are You Inspired to Run to Remember?

Registration for the 22nd Annual OKC Memorial Marathon is open, with a distance and challenge for everyone. Can’t run? Check out a variety of ways to get involved and join.

How do you plan to join the Run to Remember?