We sure have missed strolling through the halls of our favorite museums and art galleries! Many of our partner destinations have been hard at work cleaning their spaces and preparing them for interesting pieces all of us can enjoy. If you’re hungry for new forms of entertainment and ready to venture out into public spaces, keep this list in mind. All of these locations have guidelines in place to keep you safe and healthy, and we’re eager for you to see what they have to offer! 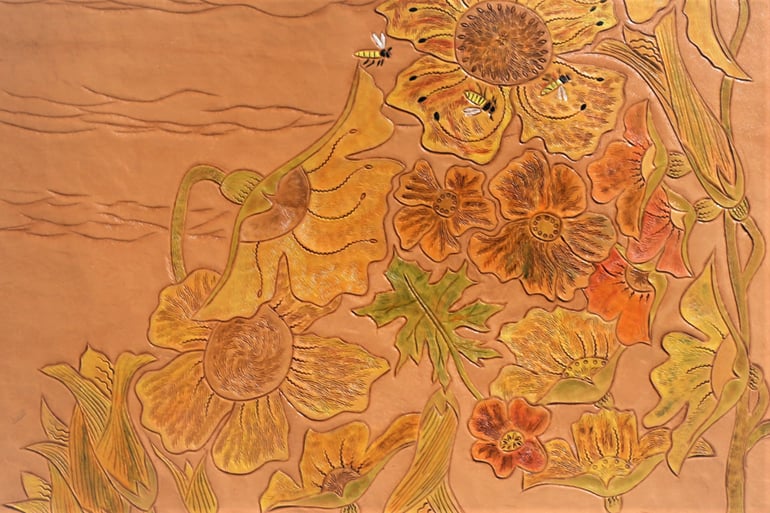 “The Long Hard Ride” features nearly a dozen large-scale leather hides crafted by Jim Weaver in the Chisholm Trail Heritage Center’s main exhibit room. The pieces reference Weaver’s extensive research on 1870s cattle drives, drovers’ journals and geography to tell the story of human dependence on the earth, starting in San Antonio and ending at the railroad stockyards in Abilene, Kansas. Weaver’s work has been featured in the Paseo Arts District, Oklahoma Visual Arts Coalition Gallery, the Robert S. Kerr Environmental Research Laboratory in Ada since 2016 and, most recently, abroad in France. Come see this beautiful exhibit in Duncan until September 28. 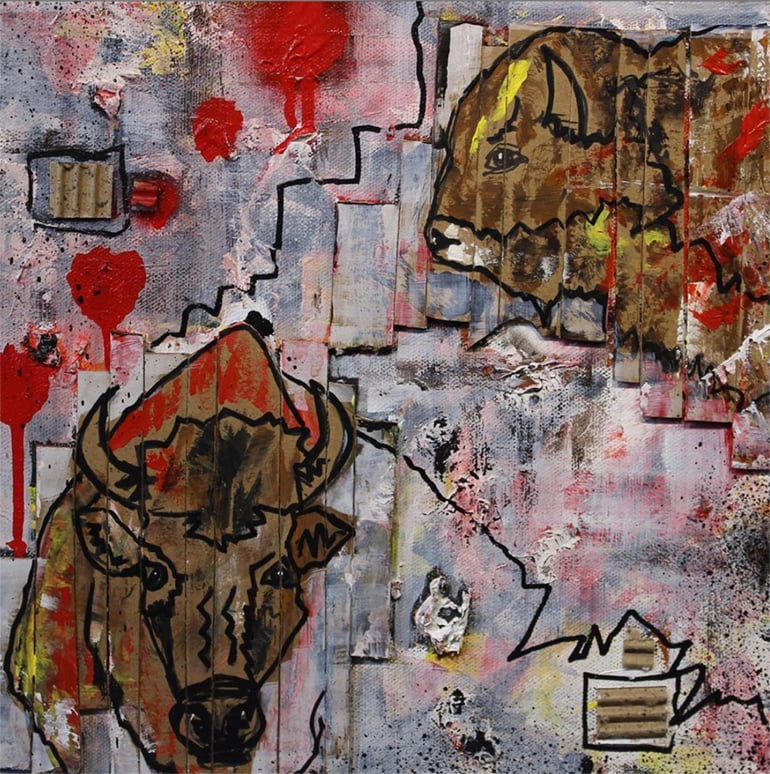 Home on the Range at Exhibit C features the work of 20 Native American artists capturing the majesty of the buffalo. The list of featured artists represents a diverse range of tribes and art media. The 4,000-square-foot art gallery in Bricktown is filled with handcrafted jewelry, pottery, paintings and clothing on display in addition to a full line of Bedré Fine Chocolate, Chickasaw Press books and Pendleton merchandise. Exhibit C is open daily from 11 a.m. to 8 p.m. 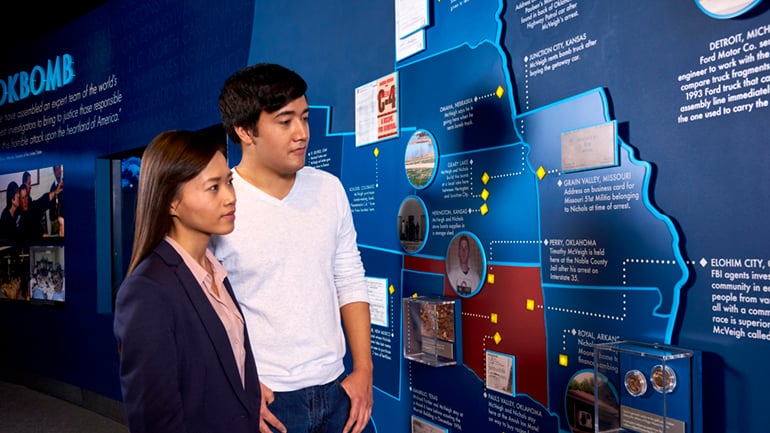 Hear personal stories of how those most affected by the Oklahoma City bombing are Looking Back and Thinking Forward 25 years later with an EYEwitness Tour. The exclusive tour experience is offered on Fridays from 8-9:30 a.m. and includes a private tour before the Museum opens, a behind-the-scenes Archives tour and a 10% discount on all Memorial Store purchases that day. Check out the August lineup of eyewitnesses below:

Known for his large, expressionistic paintings, Mike Larsen’s work has been commissioned by governments, corporations and individuals for the past 50 years. Drawing inspiration from his Chickasaw ancestry, he makes historical accuracy as important as his palette and often leaves the marks left by his fingers in the clay on his canvas. Beloved across the country, Larsen had the honor of designing the Oklahoma Centennial U.S. postage stamp in 2007 and was inducted into the Oklahoma Hall of Fame in 2016. Don’t miss your chance to see these bold pieces on display at the Goddard Arts Center from September 1 through October 30. 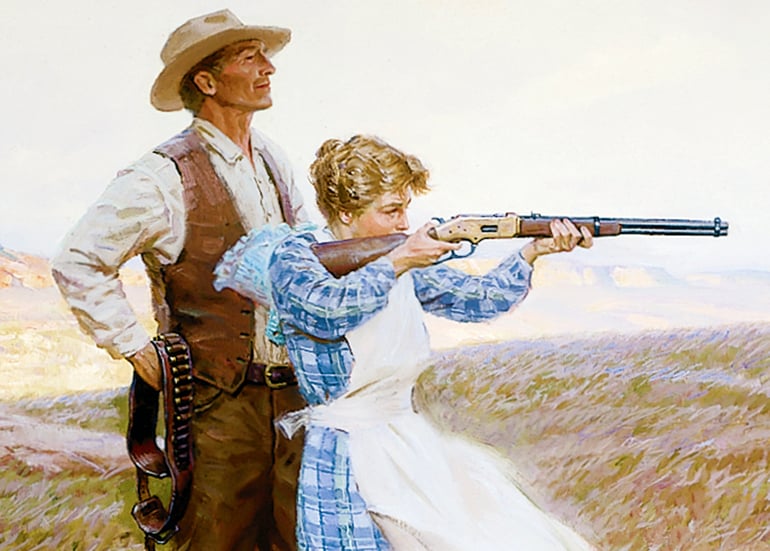 Drawing from its extensive collection of photographs and art pieces, the National Cowboy & Western Heritage Museum will have “Girls of the Golden West” on display through August 30, 2020. The exhibition takes its name from “The Girl of the Golden West,” written, produced and directed for the theatre by David Belasco. That one piece alone inspired an opera, novel, four films and now, a fantastic art exhibit that describes life for women in the American West.

“Vernacular photography is a genre comprised of family and professional studio portraits as well as casual snapshots. These images are usually created by amateur photographers documenting personal history.”

We’re so glad they did! 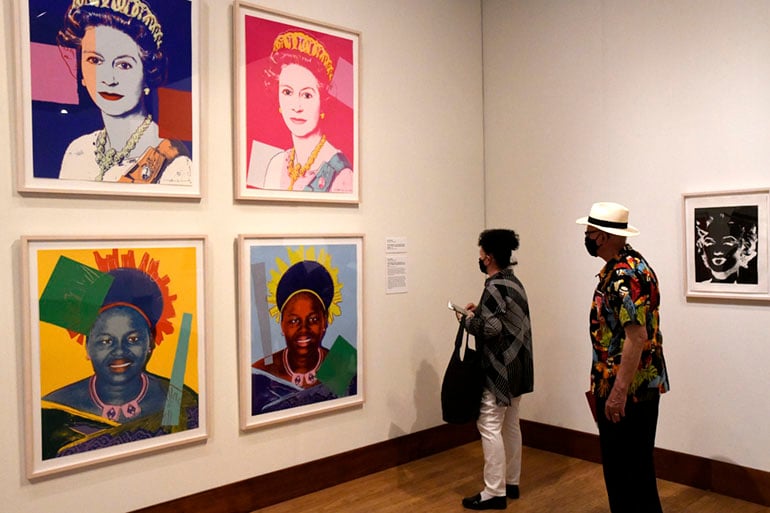 Enjoy more than 100 works by the biggest names in Pop Art from innovators such as Andy Warhol, Roy Lichtenstein and Claes Oldenburg to provocative artists like James Rosenquist, Robert Indiana, Keith Haring, Damien Hirst, Takashi Murakami, Julian Opie and Jeff Koons. “POP Power from Warhol to Koons: Masterworks from the Collection of Jordan D. Schnitzer and His Family Foundation” pays tribute to the transformation of visual art that has made Pop Art both revolutionary and accessible to mass audiences. It will be on display at the Oklahoma City Museum of Art until September 13, 2020.

Which of these exhibits are you excited to see?